Since the establishment of Csaba Metal in 2013 is quality for products and services essential part of our technology. We believe that the market will accept long term only companies dedicated to quality. 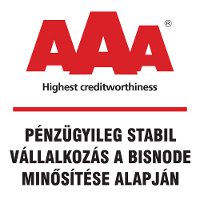